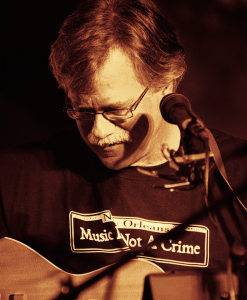 Over the past two years, Bud has had songs recorded by artists in the US (Waylon Thibodeaux in Louisiana and Nashville artist Nathan Lee Jackson), Switzerland (The Nada Cowboys), The Netherlands (Nina Flaaseth), and has a song, “Please Don’t Take Me Home” in “One Note At A Time“, a documentary movie about post-Katrina New Orleans’ music and musicians produced by Reneé Edwards, BBC film documentarian.