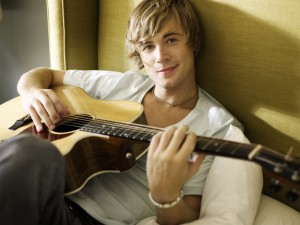 Jimmy Robbins (born September 3, 1989 in Raleigh, North Carolina) is an American singer-songwriter and producer. In October 2007, Jimmy signed to Universal Motown Records. He began work on a full-length album and toured the country between 2007-2009. During the summer of 2009, Jimmy toured on Radio Disney’s dTour before joining Mitchel Musso’s tour along with KSM. Jimmy’s major label album See Through Secrets was then digitally released on September 8, 2009. Jimmy began co-writing and producing with and for other artists in 2010.

Songs written by Jimmy Robbins include: Blake Shelton – “Sure Be Cool If You Did”, David Nail – “Whatever She’s Got”, Eli Young Band – “Let’s Do Something Tonight”, Florida Georgia Line – “Headphones”, Jake Owen – “Beachin’” and “One Little Kiss (Never Killed Nobody)”, Keith Urban – “Gonna B Good”, Keith Urban w/Miranda Lambert – “We Were Us”, Leah Turner – “Pull Me Back”, Sara Evans – “Slow Me Down”, Scotty McCreery – “Before Midnight”, Thomas Rhett – “It Goes Like This” and “Sorry For Partying”, Thompson Square – “Home Is You”, Alexz Johnson – “Back Of The Room”, “Pleased To Meet You”, “Skipping Stone” and “Walking”, Megan and Liz – “Long Distance”, “Old School Love” and “Run Away.”